We are proud to tell you that Philips has chosen our CEO, Nacho Sánchez, to talk on behalf of app developers as they have been rewarded with the Top API for the Internet Of Things.

We have been working hard on the integration between Splyce and the Philips hue lighting system, with incredible results. As you know, this integration allows Splyce to integrate with the Philips hue bulbs and to synchronize music and light effects in a way never seen before on an app. You just select the music you want to listen to and Splyce does all the magic: analyzes the song, extracts the info and makes the lights follow the rhythm of the music, lighting on and off with every beat of the song and changing colors in different modes available for the user.

Here you have the words of our CEO talking about the power of an open API for developers:

Nacho Sanchez, CEO of Inqbarna, who created the app ‘Splyce’ for Hue said, “An open API is the best way for developers to use their imagination and design great apps which make the most out of Philips Hue. As well as both Philips and developers consumers are also major beneficiaries.”

We keep working on new

Stay tuned on Splyce’s Social Channels for news on the new version and get fresh music recommendations: 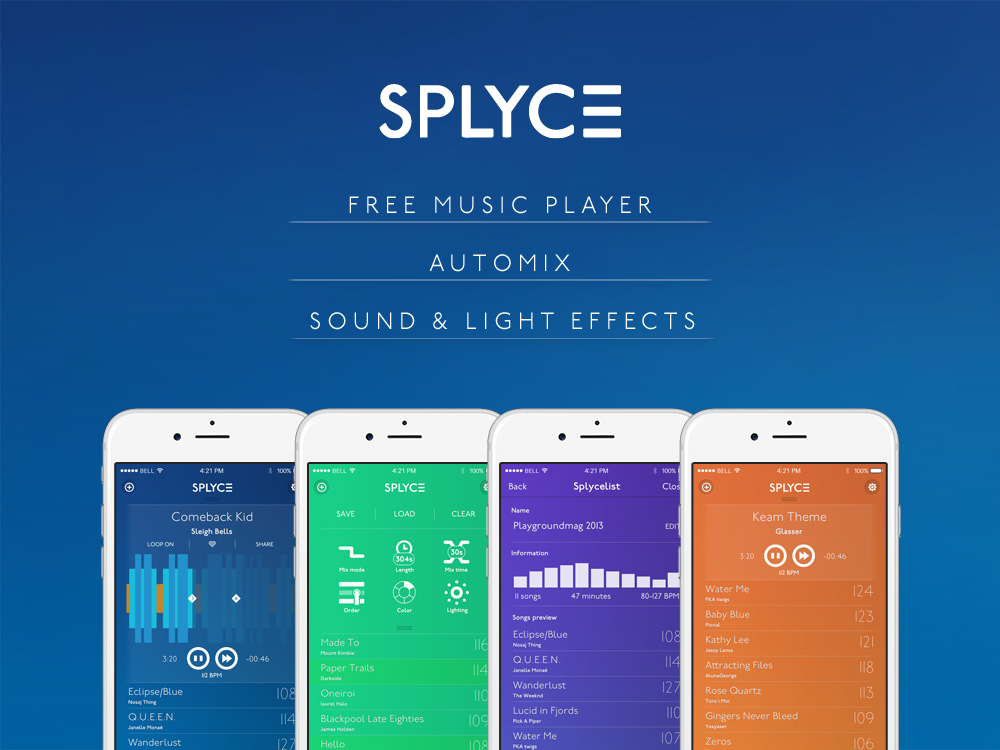